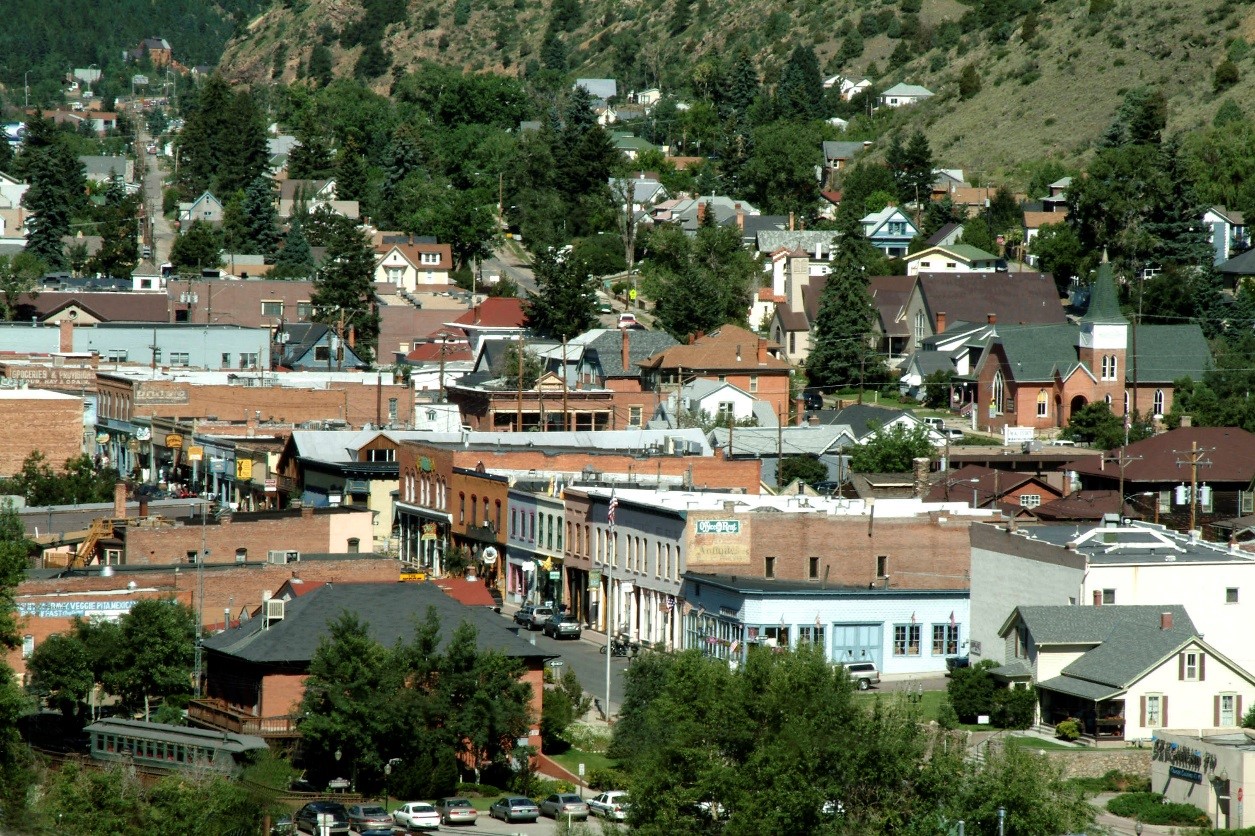 On a frigid January 7, 1859, George Jackson was camped near the confluence of Clear Creek and Chicago Creek.He scraped up some frozen ground around his campfire, melted it in his cup and found gold!He marked the spot, headed back to Golden and returned in the spring with a group of trusted men to explore what he was certain was a rich find.Indeed, his was the first significant discovery of placer gold in the territory.Although Jackson and his party tried to keep the discovery secret, word soon got out and the Colorado Gold Rush was underway.

A settlement sprang up as a tent city, bustling with activity.By June 1859 there were 400 people in the settlement, and the Jackson Mining District was formally organized ‚Äì the first recorded in the Colorado Territory.

Known as Jackson\'s Diggings, Spanish Bar, Sacramento City, Idahoe and, eventually, Idaho Springs, it soon became the major supply center for all the mining activities in the surrounding area and remains the largest town in Clear Creek County.

Idaho Springs residents are proud to work and play in our beautiful little home town. We have so much to offer, with a variety of restaurants, unique shops, parks, hiking trails and historical landmarks. We have unlimited recreational opportunities. In the summer residents and visitors alike enjoy hiking, biking, rafting, fishing, and a wide variety of other recreations. In the winter we grab our skis and boards and head over to one of the nearby ski areas. Loveland and Echo Park are two of the closest and local favorites. We haven‚Äôt forgotten our mining heritage and the city is home to many mining and historical attractions.

Idaho Springs has seen ups and downs in its economy, its diversity and its population.It has weathered storms that might have led other communities to collapse, always bouncing back in the spirit of its earliest settlers.It has always been proud of its place in history as the real location ‚ÄúWhere the Gold Rush Began‚Äù.